Lesson 8 from: Brand Strategy and Design for Small Businesses 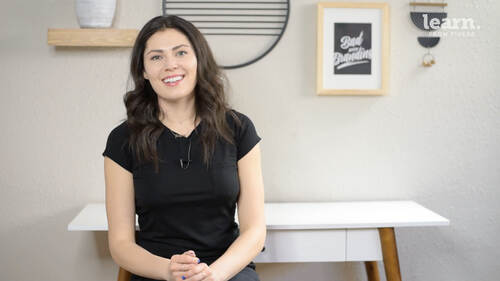 Lesson 8 from: Brand Strategy and Design for Small Businesses

An Intro to Branding

Why do we need branding

The Purpose of a Target Audience

The Purpose of a Target Audience

What is a USP

What is the USP

What is a Brand Story

What is a Brand Story- Why do I need it

Turning Your Brand Strategy Into Design

creating the target audience persona. In the last lesson you learned that selling to a pain point is effective and helpful for both you and your customers. In this lesson, you're going to learn all about creating a target audience persona. This will be backed by a lot of research so it may take you some more time, feel free to pause the video and just go do a ton of research. It might take you a few days, but just get on that research while we work to define our target audience, I want to introduce you to a concept by Alan Cooper. Alan Cooper is a software designer and programmer. He created the persona in the 80s, it was a way to empathize with individuals and it helped him open himself up to the mindset of people who would be using his software. A persona is defined as a fictional character created to represent the different user types that might use a site, brand or product in a similar way. A persona is one of the most important pieces of branding. Every company needs a buyer perso...