Lesson 1 from: 7 Steps to Great Photos 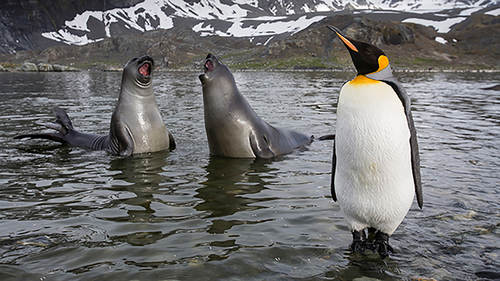 Lesson 1 from: 7 Steps to Great Photos

This is a talk that's different than many of my other classes. I do a lot of classes here a creative live and I teach a lot of cameras and photography basics like shutter speeds and apertures and esos and when we get into all that kind of fun technical jargon, fun stuff and I've been teaching that for quite a quite a while and I was trying to think back to the days before I was a photographer and for me that was a long time ago because I got started in photography when I was ten years old I found a camera on the bert gillman trail which is actually just a stone's throw just it's about one hundred feet from us right here where the bert gillman trail passes and I found a camera along there and I just started taking pictures and I thought that was what everybody did and I shot pictures through high school and college and I just got more and more into it and as I've learned more, you know, I know I want I wanted to learn all the technical stuff and sometimes we get really mired down in all...

I'm surprised the rating for this class is not 100%. Like all of John Greengo classes, it's outstanding. I would certainly give it 100% without hesitation. John is one of the very best teachers at Creative Lilve.

Quick Hit This is a fun course where John takes you with him on many, many locations thorugh out the world. As he says early on, there's no secrets here, it's a basic review of what works in photography... and sometime what doesn't. I really appreciate his willingness to share photographs that were mistakes, those that were almost great. That would be a great subject for his next class: Those That Almost Made It.