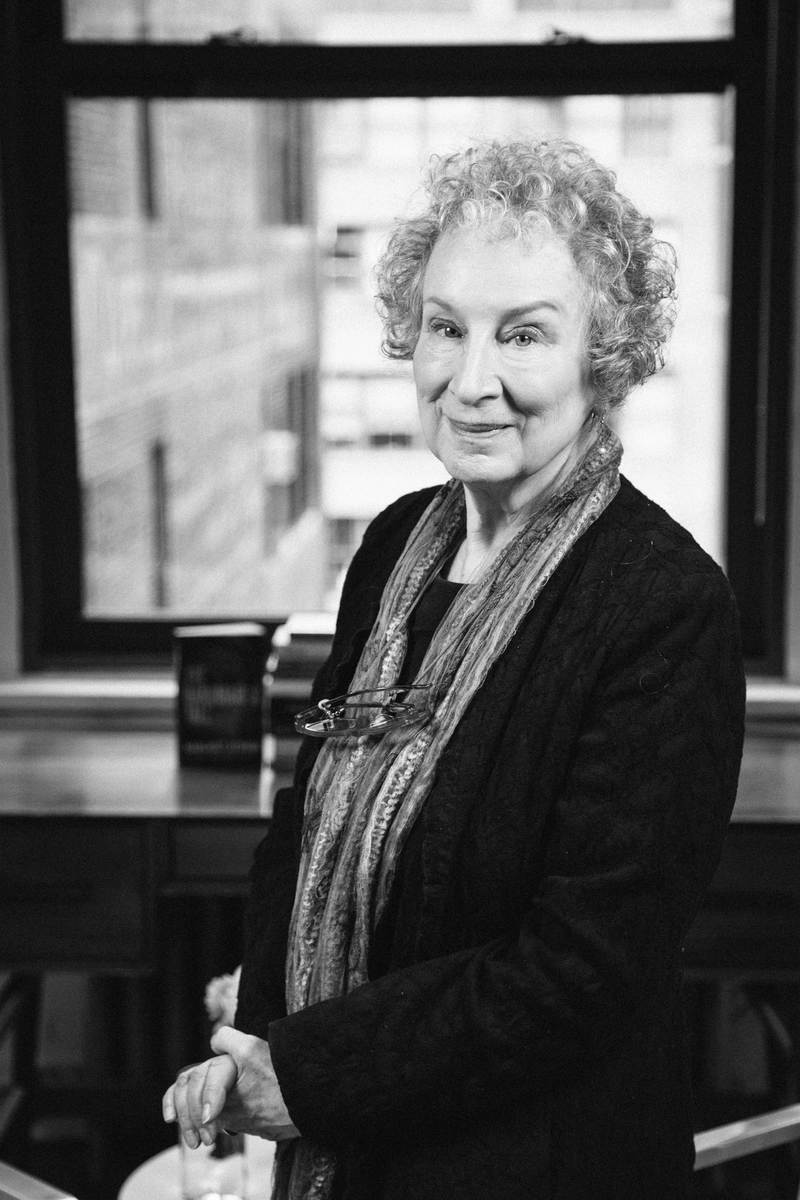 Follow Following
Ms. Atwood’s reviews and critical articles have appeared in Canadian Literature, Maclean’s, Saturday Night, This Magazine, New York Times Book Review, The Globe and Mail, The National Post, The Toronto Star, The Nation, Books In Canada, The Washington Post, The Harvard Educational Review, and many others.

Surfacing was produced as a film by a Canadian production company in 1981. The Handmaid’s Tale was adapted for the screen by Harold Pinter, directed by Volker Schlorndorf and released in 1990, starring Natasha Richardson and Robert Duvall. The Royal Winnipeg Ballet is premiering a performance based on the same novel in 2013. The Robber Bride was adapted as a TV movie featuring Mary Louise Parker in 2007.