Lesson 2 from: The Power Of Your Own Two Hands 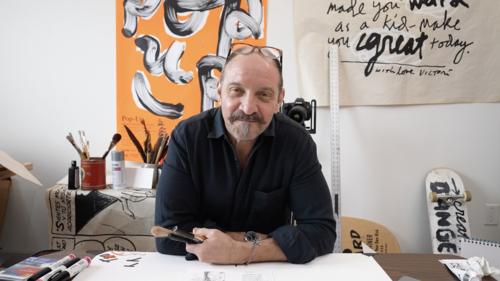 Illustration > The Power Of Your Own Two Hands > Pencils

Lesson 2 from: The Power Of Your Own Two Hands

Are you ready? 'Cause I'm ready. If you're ready, let's do this. (upbeat music) We're gonna start with a pencil. I know, I know, what the hell is there to say about a pencil, a lot. I always carry a pencil, pen, probably a sketchbook, but definitely a pencil with me everywhere I go. I'll show you my everyday carry as well as what I always have in my backpack, but I always have a pencil with me and I generally always have a sketchbook 'cause I'm always working. I'm always thinking, I'm always writing things down. I'm always taking notes. I'm always concerned with a schedule and because I have children, most of my sketchbooks are lived in by other people at the same time as I use them. And I have a long history, a long relationship with pencils, especially just that the simple Ticonderoga 2, right? An excellent, excellent tool. My earliest recollection, my earliest memory was I remember I was always drawing and I remember one night I was drawing airplanes 'cause I was raised in the milit...