Lesson 1 from: Shooting in the Boudoir with Sigma 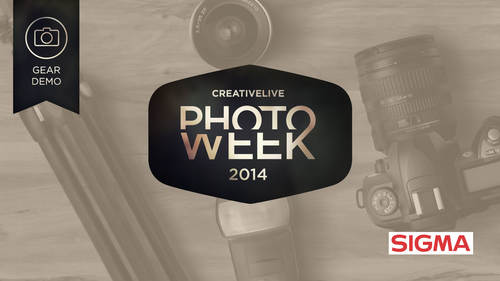 Camera Guides > Shooting In The Boudoir With Sigma > Sigma Demo

Lesson 1 from: Shooting in the Boudoir with Sigma

I'm going to talk about my favorite food were linz and first before I get into that, I'm going to talk a little bit about me I am was a state home mom before I was a photographer, so I was with my daughter about three years before I picked up the camera, I asked my husband to buy me my first camera in a bad I think it was about two thousand seven everything sort of a blur at that point, I'm taking care of a little baby, but I have a figure drawing backgrounds. So my whole life I had been drawing news and I was an artist, so I figured, you know, I was kind of one of those how hard could taking a picture be? So I asked him to buy me a camera, and he bought me a nikon d eighty, and it was great except that I turned it on and I had absolutely no idea what to do with it. There are a lot of knobs and buttons and dials, and it didn't really make any sense to me, so I sort of just put it down and just kind of let it gather just for a little while about a year or so after that, maybe about six ...

Jen Rozenbaum is the eye, talent and force behind Jenerations, NY's Premier Boudoir Photography Studio. Her artistic background lends an almost sixth sense when it comes to the aesthetics of boudoir photography, which is just half the reason for her
SEE INSTRUCTOR'S CLASSES

It was a phenomenal experience and great information on a lens that I barely use. She gave great points and I really appreciated it.