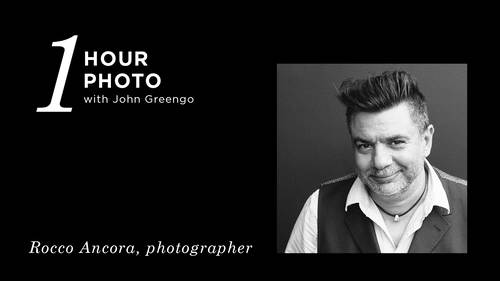 Hello, welcome everybody to another episode of One Hour Photo. We have a great hour in store for you. I'm gonna start off with some of your questions. We'll go through and see if I can help you figure out some of your photographic needs. Secondly, we have a great, great guest in the studio today, Rocco Ancora, who is a fantastic wedding photographer from Australia. Brought some photos along as well, so we're gonna talk for a little bit and see what we can pull out of his photographic brain. And then finally, we're gonna look at some of your photos in our image critique section and we're gonna be seeing what we like, what we don't like, what might make your photos a little bit better. Let's go ahead and get started with our first question, which is from Milos Otic. In a culture where the clients turn-around time and patience to compose and produce is diminishing, where do you see the future heading with camera equipment? Well, obviously what comes to mind is the changing business struct...