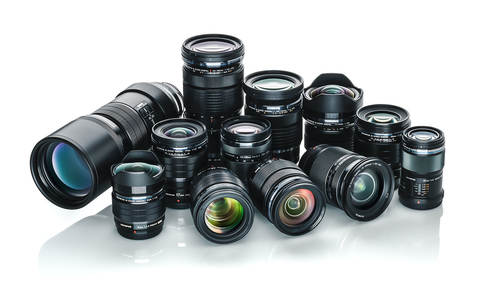 All right folks, we've been looking at a lot of basics of lenses so far, we've been talking about focal length and aperture, and next we're gonna be getting into individual lenses but before we do that, we wanna talk about what goes into those lenses, kind of in a lens and technology appreciation moment if you will. So we're gonna talk a little bit about Olympus Technology, the way that they design lenses, and what they put into their lenses. So let's first talk about what goes into designing a good lens. Now, it's not as easy as you might think. There's a lot of things going on and there's a lot of elements, and a lot of ways of altering those elements to make them do what you want them to do. And so if you were designing a lens from scratch, you would probably wanna start with great resolution. You want a lens that's sharp, that's important. Of course you want good contrast and that is related to sharpness but it is a slightly different subject, but also very important. You of course...