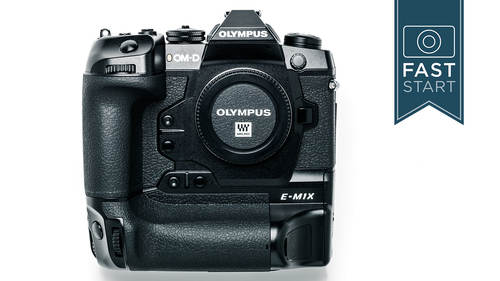 5. Camera Controls: Back Side Controls

Well, we are in the middle of kind of doing a walkthrough on the outside of the camera and we are continuing on to the backside now. So let's go ahead and take a look at what we're dealing with on the backside of the camera. First and foremost is the electronic View Finder they put a very good View Finder in here. It's gets up to 120 frames per second if you want, there's an option in the menu that will be able to select to turn that on for tracking fast action, which is quite nice. There is a little diopters not visible in this view right here but just on the backside of that eyepiece is the Diopter which is really important. A lot of people get bumped and they look through the View Finder and it's not totally clear. You just wanna adjust that so that you can see the numbers and the information in there nice and clearly, has nothing to do with the final photos it's just your viewing experience. The Eye Cup is removable and replaceable after years of use the soft rubber which is nice a...