Lesson 3 from: Stamping with Text 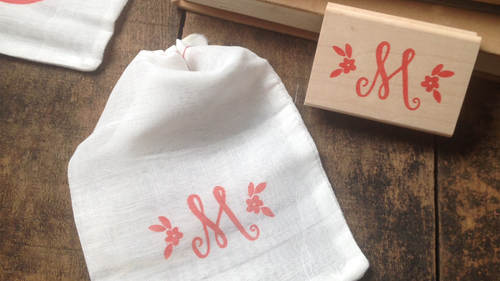 Lesson 3 from: Stamping with Text

The reason that I like to show people this is um not only does it look kind of cool I kind of like the way that it's you know, it's kind of it's foot plopped it's you know I can print this with any color I could use multiple colors you know, it's kind of almost showcasing the color and more than the design when you have so much space. Um the other cool thing about negative stamps is, um it goes a heck of a lot quicker because you are not carving everything around the design you just carving the letter so it's kind of a little bit of a cheat if you want tio make a stamp really, really quickly um and you have like a letter or simple design or something just put it on a background and I'm just going teo I love this table but there's like a little bit of a texture to it so for this should I can you see that ok it's kind of a light way what you can do you can trace the letter itself. What I like to do though is I like to trace around the letter and then just so that I kind of khun really kn...