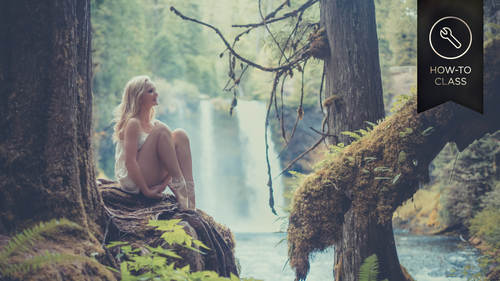 Face to Face Consults and Sales

Let's get into it already. Okay are you ready? Okay um I have noticed a problem in the industry which you probably have to and that problem is over saturation. We have roughly fifty seven million practising photographers in the united states today. Now obviously not all of those would claim to be professional portrait photographers but fifty seven million practising photographers gives us a little glimpse into into our into how our culture is responding to photography it's very popular that's one in every six people in our country that that is practicing photography whether professionally or as a hobby. So we have a very big family a huge community, a big family and families sometimes fight and families sometimes steal each other's things and that is exactly what happened to the senior et program. The senior rep program was a brilliant marketing strategy that came out years ago specifically marketing two high school seniors and it had high school seniors repping for your business and t...

Alycia White owns a boutique photography studio Redmond, Oregon, specializing in photographing high  school senior girls and families and lives in Central Oregon with her husband, Stewart, and two little girls, Avonlea and Melody. One of her lifetime goals is to help young women feel beautiful and secure through photography. She also loves working with other photographers in order to help them gain confidence in their artistic and business skills.
SEE INSTRUCTOR'S CLASSES

I really enjoyed her passion for photography, honestly, niche, and high energy to do what is necessary to run a successful business. Kudos to her! She had GREAT IDEAS! You don't have to implement them all. She gave us an OVERVIEW. So much involved when running a business it can be overwhelming. I feel she did a GREAT JOB to give us the tools necessary to survive and THRIVE in this photography world. Thank you!

Absolutely fantastic. I'm already starting to think about what makes me different and how I can apply this information to my photography. In a competitive industry, Alycia is honest and shares a ton of wealth. Thank you for that.

My head has been swimming trying to come up with creative but simple and successful ways to market my senior business, and this class was perfect for me. Great ideas and not too complicated. Love it!

How to Start a Photography Business

Get Started with Lifestyle Family Photography