Heal the Soul, Restore the Calm 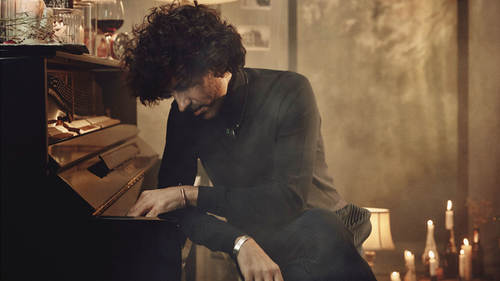 Heal the Soul, Restore the Calm

Heal the Soul, Restore the Calm with Stephan Moccio

This episode is a full circle moment. I met Stephan Moccio on the internet some years ago when I would often see him name in my social feeds. It was not long before I started paying attention to him and his work too. Come to find out he’s a Grammy Award winning and Academy Award-nominated composer. He’s written global hits for Céline Dion, The Weekend, Miley Cyrus and Seal. Now he’s recently released his debut piano solo album, Tales of Solace.

Born in Canada, as a three year old, Moccio began his training in classical music at The Royal Conservatory of Music. Post signing a global deal with Universal Music, he moved his studio to Los Angeles, where he currently resides.

Intertwined in our conversation, Stephan plays some pieces from his new album on his custom upright Yamaha piano. In creating the album he says, “I needed to recalibrate musically and personally. Solitude and quiet, in a noisy world, are elements I have been craving for a long time. Naturally, it made sense to engage in an intimate conversation between myself and the instrument which has been faithful to me my entire life. Strip it down… one person, in one room, with one instrument.

Stephan Moccio, The Melodist, is a master of handcrafted melodies - melodies that move us and continue to win over audiences internationally. Born in Canada, as a three year old, Moccio began his training in classical music at The Royal Conservatory of Music.
SEE INSTRUCTOR'S CLASSES