Lesson 3 from: FAST CLASS: How to Break the Habit of Self-Doubt and Build Real Confidence 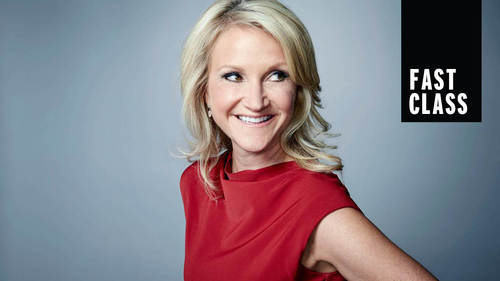 Lesson 3 from: FAST CLASS: How to Break the Habit of Self-Doubt and Build Real Confidence

The Unique Challenge of Being A Creator

The Myths and Truths About Confidence

How To Develop Self-Confidence

The Connection Between Doubt, Worry, and Anxiety

The 5 Habits of Building Self-Confidence

the imposter syndrome. It's funny because when we were building this course free on the imposter syndrome came up is a word I'm like, What is that? Because I think I'm too old. But I think that's like a new term. I don't know if that was not really a term, and so I looked up the definition for it, and I'm like, Oh, my God, that's me. I suffer from the imposter syndrome. I'm convinced that I'm faking my way through my accomplishments or I feel like I don't deserve it. So it's one thing to go through faking it. I think that, you know, that's an experience we have. The other is to live in fear that somebody's actually gonna call you out publicly and that you're gonna get found out right? Or how many of you are struggling with the I don't feel like I deserve what I have. You feel unworthy. Yeah. Crippling. Isn't it really crippling? That sucks. We're going to stop that. I'm here for a reason. You're here for a reason. Even you even you. Yes. You hear you at home. You're here for a reason. ...

Watching this, you could be doing something else. Nothing else is important, but you could be doing something else. I want you to think about what's the new chapter. What is it? Because we're gonna give you the tools to really go after it. And the other thing I want you to understand is that it's going to require you to do things that are scary. It's gonna require you to do things that are new. It's gonna require you to put yourself on the line, and that's okay. That's actually really, really good. See, I don't think imposter syndrome is something to get rid of. I think it's something that's really good. If you understand it, Imposture syndrome can be a really good thing, but it's a really bad thing if you're in the moment and you let that self doubt that that comes from feeling like a fraud, or that you're unworthy director action because you've trained yourself to expect them. That's where the habit piece comes in. This stuff becomes a habit when you repeat it, so the feelings are natural, what you do and what you think is a choice. So feeling exposed is natural feeling. That kind of worried nous natural, maniacally going back to the comments every five minutes to see if anybody's posted anything. That's a choice, right? Letting your thoughts linger there. That's a choice letting your thoughts take you to Oh, um, should I should I delete it? Should I not delete it? Should I be doing this? Maybe I should quit my job. Maybe I should never do this like that is the choice. And so that's where we're going to go to war. Makes sense, because in my mind, imposter syndrome perfectly normal. Okay, more importantly, good thing it's a good thing. It's a good thing if you know how to not let it direct bad behavior. So the reason why it's a good thing is because as you are feeling like you're stretching yourself, you're learning. And this is all gonna build like this whole, this whole classes, like a bunch of Legos that build on top of each other. So the other thing is, is that the reason why you're feeling it is because you're growing. That's why you feel that way. It is so normal and natural because you're doing something new, and every time you do something new, it is uncomfortable. It just is, by definition, how it goes. It's only disappears as you keep doing it as you keep putting up videos. As you keep learning. That's the Onley thing that will make it disappear. And here's the other thing. If there's somebody in this room or watching online, that doesn't feel like a fake or fraud. Sorry, you're not pushing yourself. You're lazy. You're scared. You're hiding. This is something you want to feel. You want to feel worried. You want to feel like concerned about whether or not you're exposed. Its posture syndrome is a great thing. If you do not feel this way in some area of your business and your life, you're not growing, and that's a problem. So we're going to give you the skills, though, so that as you're in that in between state, where look, hey, I I had one chapter that's been grateful last six years. I've learned to not a lot. I'm now starting the next one. It's gonna have a lot of moments where I don't feel like I know what I'm doing is gonna have a lot of moments where I post Definitely you should have done that. That's natural and that's normal. So that's the secret. Frankly, it's the ability to push yourself into his own that's terrifying, and then maintain self control as you ride the wave instead of torturing yourself the entire time. If you had more confidence, how would your business in life change for the better? If you had more confidence, how would your business and life changed for the better? I will tell you right now that these air the changes that have happened in my business in discovering riel confidence, not the fake confidence rial confidence I can say no, I can say no without doing that thing. Like should I have said no? Do they hate me now? Are we still friends? I don't know. Um, I can say no and then not feel guilty. I have the ability to align my goals, my values and my actions. So feelings are not driving. What's going on goals, values aligned with actions so much more free. Great negotiator. Great. You know, one of the things we're gonna talk about and I hope that you ask about in your business is, um, how you get the money you deserve, because if you're not getting paid what you want to get paid. Your feelings are doing the negotiating. You're afraid to lose clients. You're afraid somebody will talk bad about your afraid somebody's gonna react to that price garbage. Okay, feeling that way. Normal. Letting it dictate whether or not you ask for what you want is a choice focusing on your priorities. I make a lot more money, a lot more money because my feelings are not in charge of the money that I make. Got it really important and self control. So if you had more confidence, how would your business and life changed for the better?

Looking to build some more confidence and push through the imposter feeling I have trying to sell myself as a self taught artist. Happy to say I use the 54321 rule a lot and I didn’t know it. I call it my what have I got to loose rule. I also learned some new techniques and good “habits” to keep my day on track and prepare myself against any fear or anxiety I may encounter when powering through my day. A great motivator, Mel keeps it simple with advice and tips backed by proven scientific research . Highly recommend this

I feel so called out! And that's a really good thing!