Lesson 9 from: Capturing the Narrative 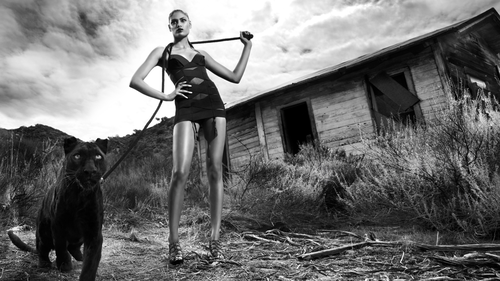 Lesson 9 from: Capturing the Narrative

So we're back at the Creative Live studios to edit the film from our Carkeek shoot, and we had Anna and Ivan, we had quite a day, right Toby? It was an amazing day, yeah. It was an amazing day. I think it was all about capturing the narrative and we put our models through a whole set of challenges and things that we do to bring out that story and to tell a story because oftentimes you go to a location like Carkeek Park and there's trees, we have the ocean, there were mountains, there was a train that was going by, there were a lot of things to sort of stimulate you. But that's the story of the place, of the location. What's the story of the person, and I think you have to always bring that in when you take a good portrait. You've gotta remember it's about the person. The location adds to it and helps tell that story, but it isn't the story. So that being said, Anna was the very first person we shot, and we started in the, I think it was kind of funny, really. Because it looked amaz...