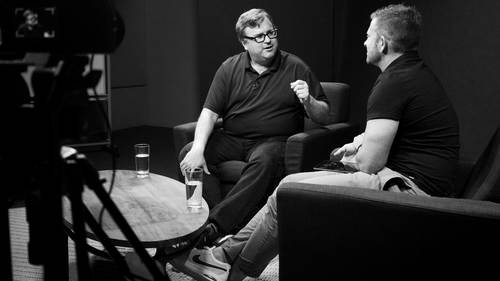 We touch on a huge range of subjects in this episode ranging from investing to leadership and everything in between – and I think the common denominator here is pattern recognition. Reid has had the incredible opportunity to be exposed to big data sets on some things few others get to observe- for example, that he sees thousands of deals a year as an investor or that he’s advised hundreds of CEOs. I’m grateful to be able to take advantage of his experience and unique POV and I’m incredibly happy that this interview gives you – the folks at home – the opportunity to do the same.

Reid Hoffman is one of the most successful and respected entrepreneurs and investors of all time, first serving as the COO of PayPal then founding LinkedIn which was sold to Microsoft – where he is now on the board – for $26 billion. As a VC partner at Greylock, he’s invested in countless other top companies including Airbnb, Flickr, Digg and CreativeLive among many others. He’s also the author of the brilliant book “The Alliance,” works with several non-profits like Kiva, Open AI and Quest Bridge and hosts the incredible new podcast “Masters Of Scale” which has welcomed guests like Sheryl Sandberg, Mark Zuckerberg, Brian Chesky, and Reed Hastings.

Reid Hoffman is Co-Founder and Executive Chairman at LinkedIn and Partner at Greylock. An accomplished entrepreneur, executive and investor, Reid has played an integral part in building many of today’s leading consumer technology businesses, including LinkedIn and PayPal, where he
SEE INSTRUCTOR'S CLASSES