Lesson 4 from: Advanced Mixing and Sound Design for Podcasters 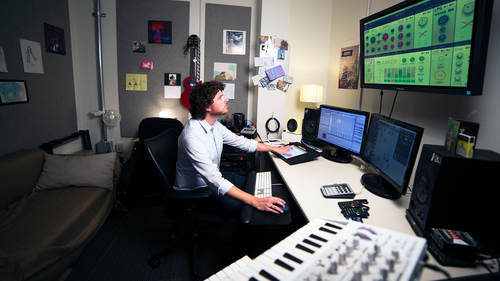 Lesson 4 from: Advanced Mixing and Sound Design for Podcasters

4. Music is Not Wallpaper

Music is, you know, you're thinking like okay, music will help make this better. Music will make this boring thing more interesting. Music will, you know give me pace where there is none. Or will help magically resolve my writing issues. And it's just, we know that that's not the case, right? We know that ultimately music working in service of the story, you know, you can work wonders with it. But music where you're hoping for it to fix everything is... you've skipped several problems that should have been resolved before you got to that point. So what is music's role in the podcast? I mean it can impart a rhythm to the story. It can lend gravitas, it can manipulate the listener. Think about a favorite song of yours and what a shortcut that song is to certain emotions for you, right? So it does create that emotional relationship, but it's something to be aware of that you're creating it right? It's got this kind of background, dialogue with the listener, it's playing on their tastes an...